The importance of having a school council.

Our mission statement is ‘Love One Another’ and the School Council helps to ensure that we follow our Mission Statement. At St Johns we love and respect each other. Everyone is just as important as each other. Adults, children and parents within our school are valued. The School Council recognises this and listens and talks to everyone involved with our school.

QUALITIES OF A COUNCILLOR.

New School Councillors 2016-2017. The New Councillors were announced at our New School Year Mass. They were presented to the school at the Offertory and Blessed By Father Swift.

The new  Year  6 School Councillors had the opportunity to attend the Padiham Pupil Parliament Meeting held at St.Leonard's school recently. The School Councillors work in partnership with the other local schools in Padiham  to make decisions which involve the local community.

Already they are actively involved in organising a Remembrance Day Service due to be held in November. During the month of October our school will be the host for the next Padiham Pupil Parliament. The School Councillors are looking forward to hosting this special event.

The School Councillors have been busy over the past months. The year 6 Councillors had the responsibility of being the host school for the Padiham Pupil Parliament in October. They took the opportunity to welcome fellow Councillors from the other Padiham Primary Schools and host the meeting. Many topics were discussed at the meeting including plans to finalise the arrangements for the Rembrance Service. Also they took the opportunity to promote Jet Set Angels and inform those present at the meeting of the magnificent work done by our school to raise money for Tia. 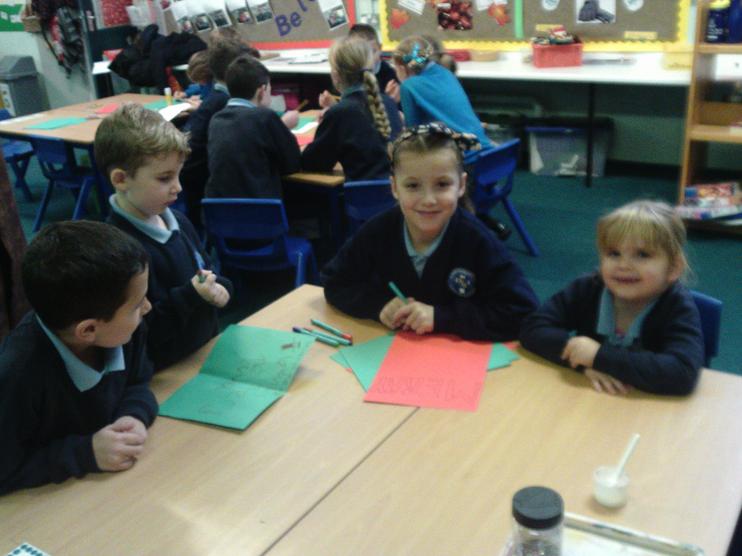 Spreading the message of Christmas to members in our community. 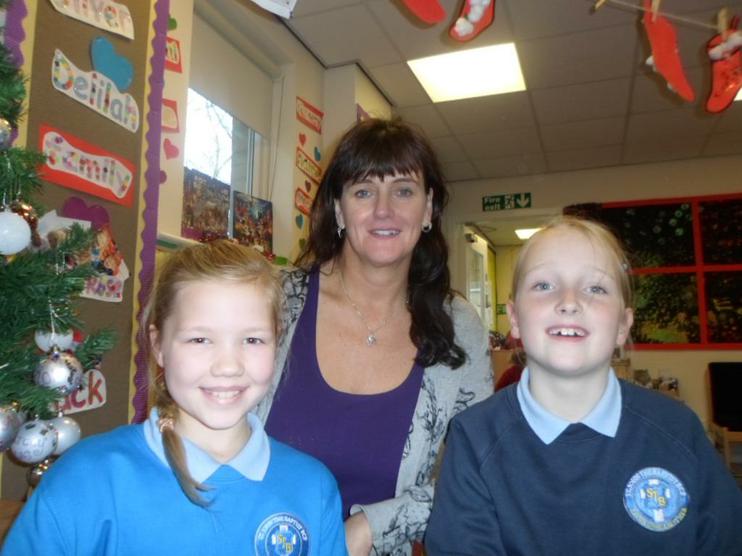 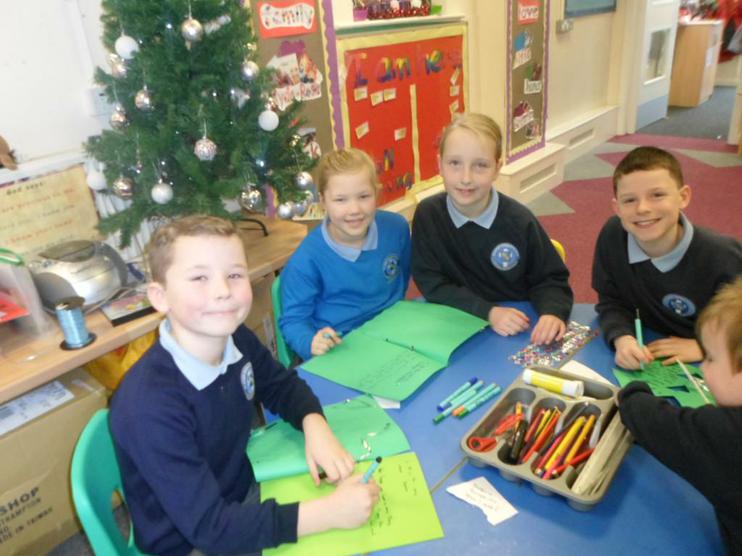 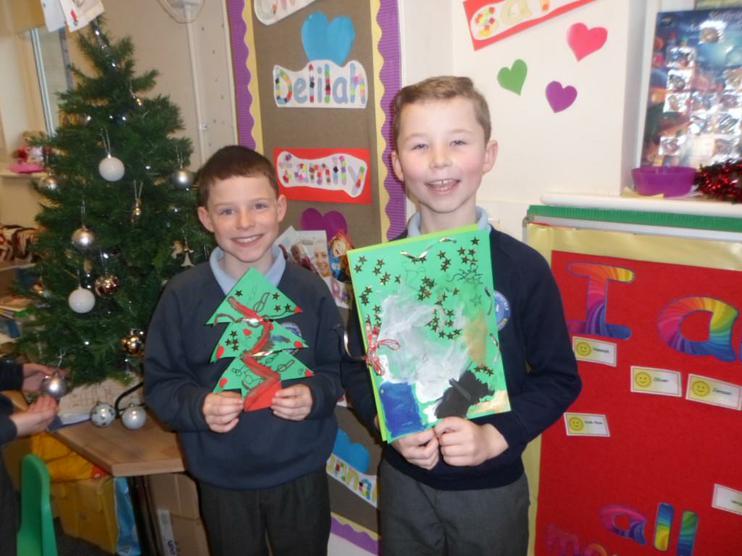 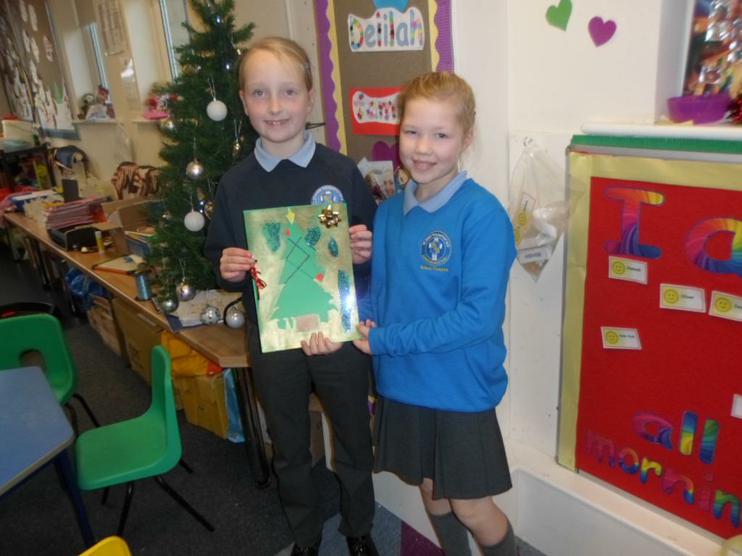 Having fun with the Nursery children at Christmas 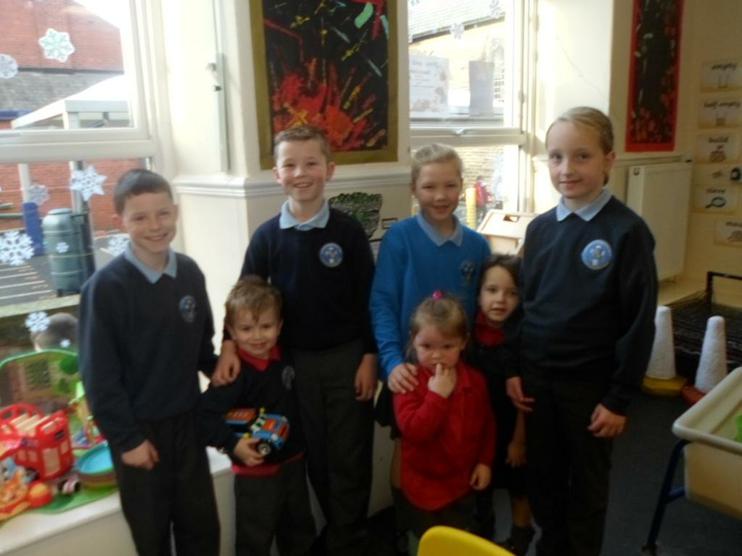 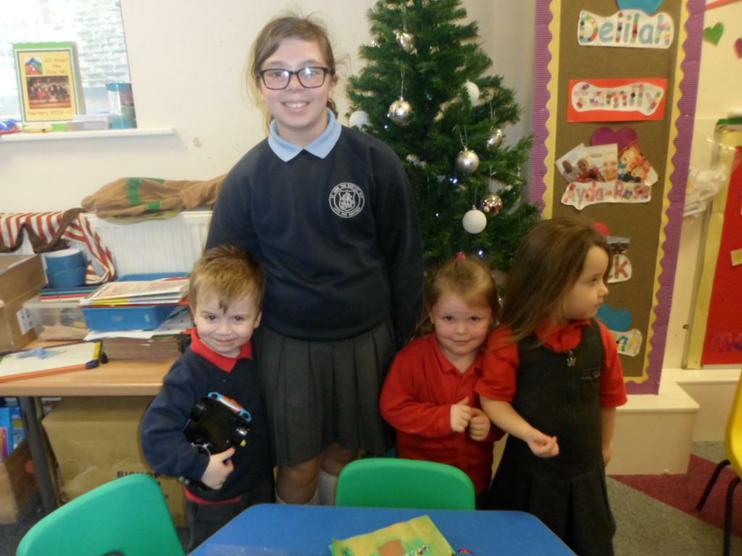 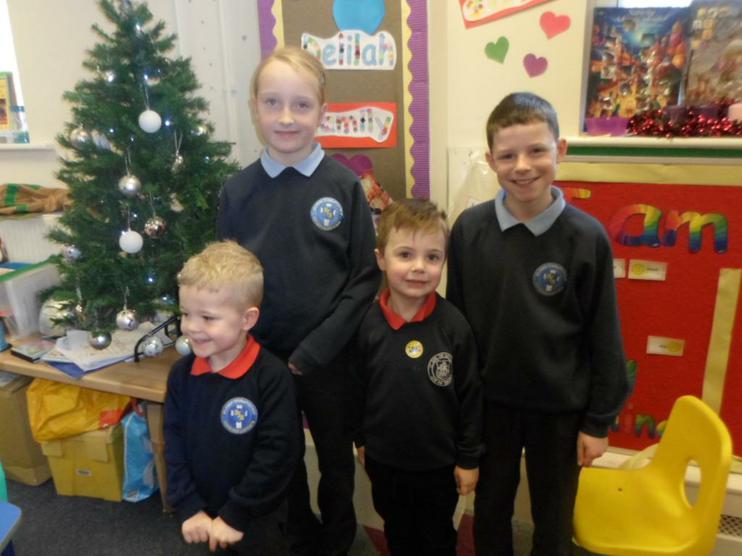 Mrs Adamson is looking forward to working with all of the Councillors throughout the year. She is confident that they will wear their badges with pride and represent their classes effectively.

A special thank-you to all of the Councillors from 2014-15. It was a pleasure to work with each and everyone of you. You all certainly rose to the challenge and impressed me with your commitment and enthusiasm. Thank-you. Mrs Adamson.

The School Council are forming an effective partnership with fellow School Councillors from the local Padiham Schools to work together to address local issues. The aim is to have regular meetings at a different school and each school will take turns in hosting the meetings.

St. John's School Council expressed their concern about the high incidence of dog-fouling and hope to address this issue further at the next meeting.

Mrs Mc Keating, Mrs Boyd and School Councillors from Year 5 and Year 6 had the fantastic opportunity to visit London on January 12th 2016.

Along with other primary schools from Padiham, they had the opportunity to visit the Houses of Parliament, walk down the Mall, wave at the Queen and have a picnic in St.James Park.

The School Council learn about democracy at Padiham Town Hall

The School Council meet the Mayor

The School Council from Year Six and some nominees for the Pupil of the Year were chosen to visit  Padiham Town Hall in order to learn about democracy.  It was a pleasure to meet up with fellow School Councillors from neighbouring schools to listen to the Mayor Jean Cunningham. She spoke about the importance of every person having an entitlement to express an opinion. Everyone is equally important and decisions need to be made fairly to reflect everyone's viewpoint.

A visit to St Mary's school.

Mrs Adamson and Mrs Clough with our Year Five Councillors visited St Mary's school in Burnley to discover how their school Chaplains work.

We chatted to last year's Chaplains who gave us lots of information and ideas. We also went into their beautiful Chapel. They really are very lucky to have their very own Chapel where they go to pray as a class or in small groups.

The Chaplains lead assemblies and are super ambassadors for the school. They have to apply and have an interview if they wish to become a Chaplain. They are then trained and go to Salford Cathedral and the Bishop himself confirms them as Chaplains.

We went in order to help in making a decision if we at St John's should have school Chaplains......What do you think?

A Chapel for school 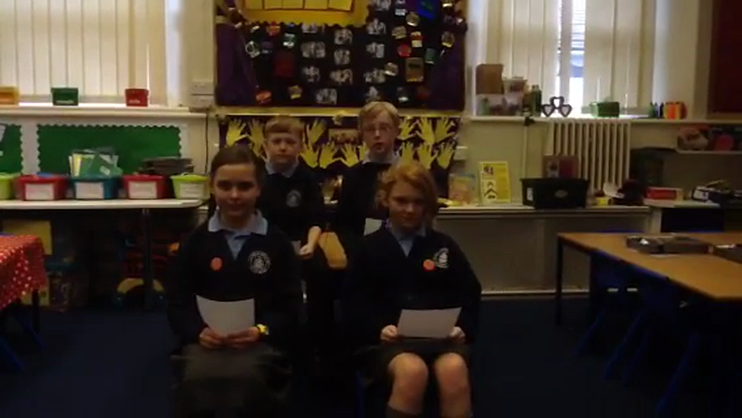 Our Year Five councillors who visited St Mary's school inform us about their visit and make a request of the Governors.

A letter to request an adult Chaplain from the Councillors

As our councillors have worked so hard all year, Mrs Adamson gave the children an end of year party to celebrate and reward all their hard work.  The children played lots of games and had some yummy treats to eat. 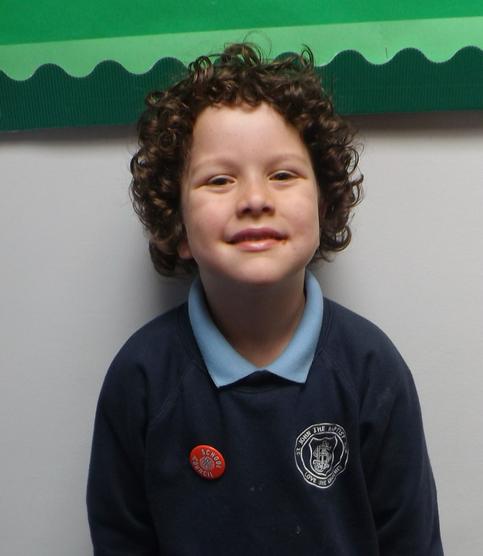 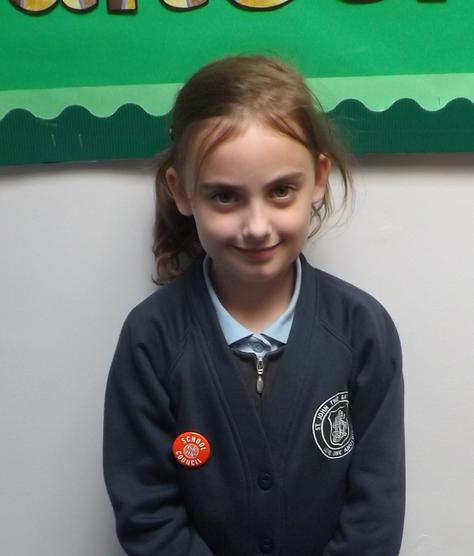 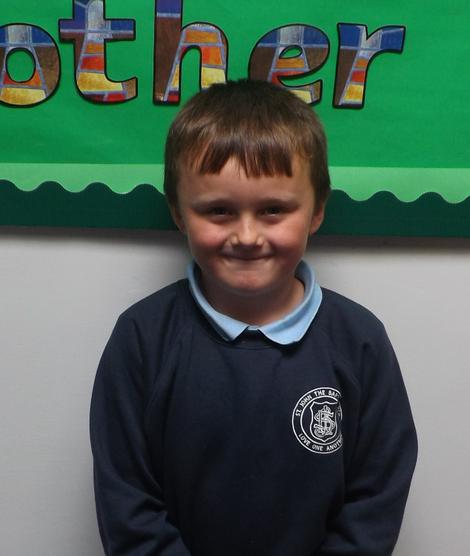 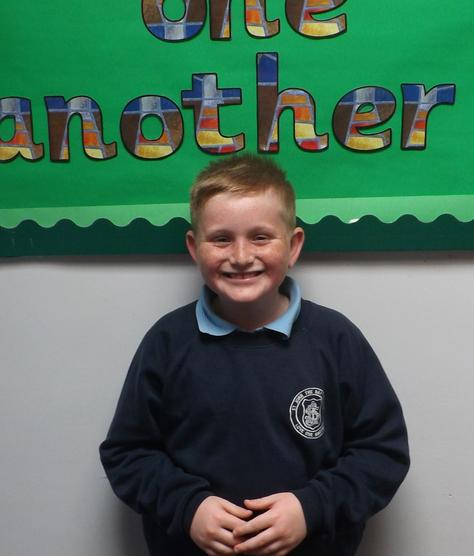 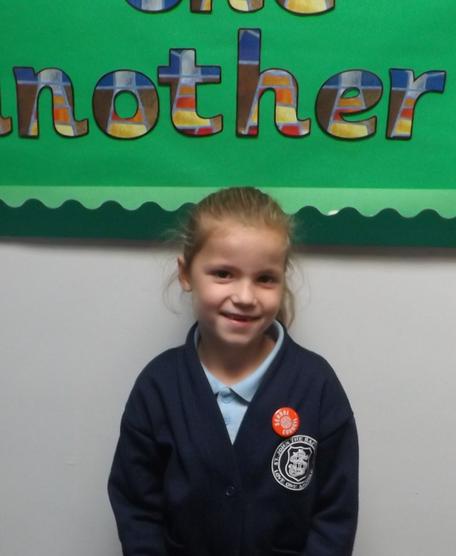 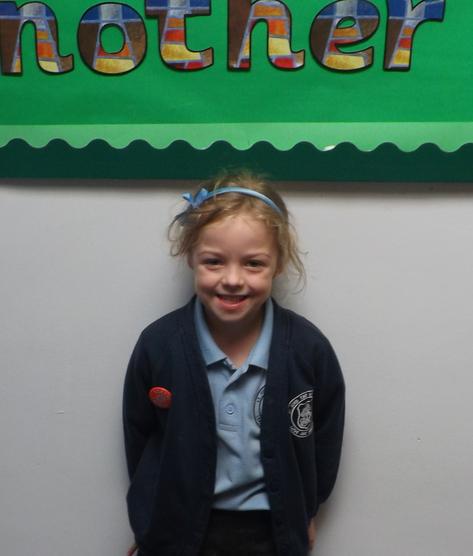 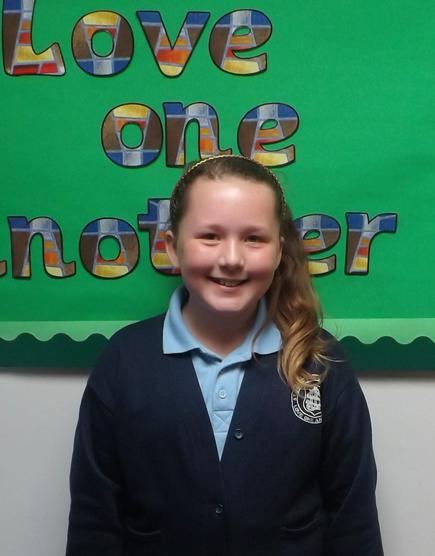 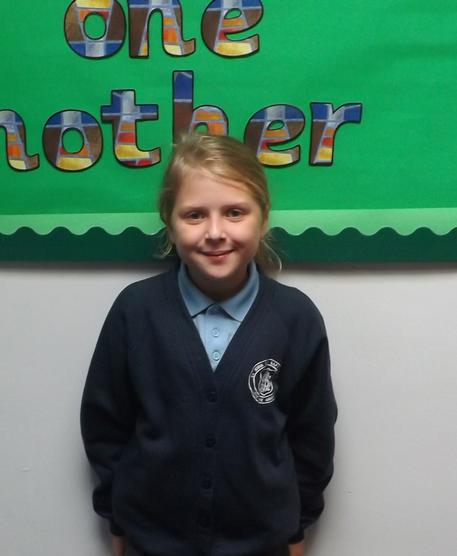 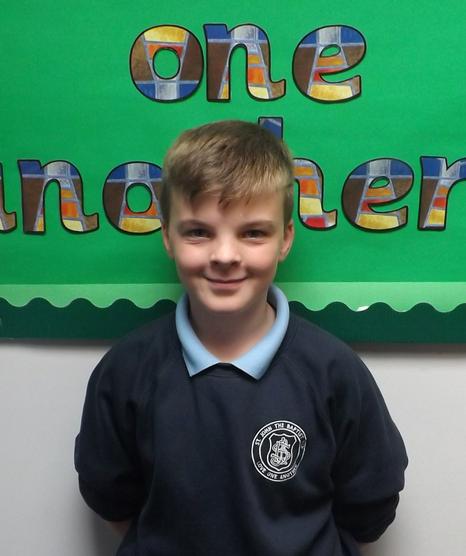 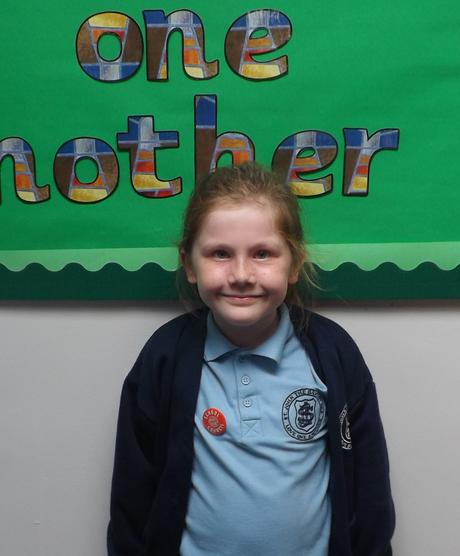 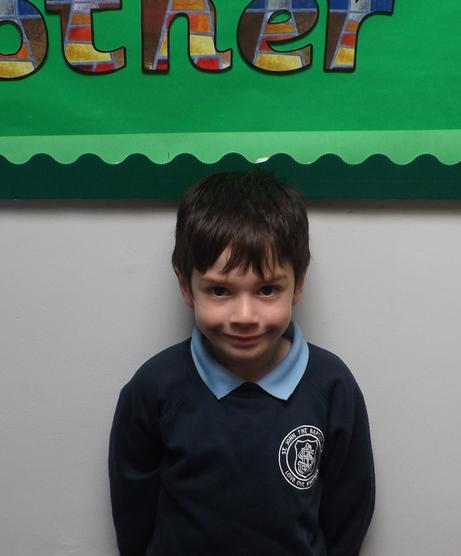 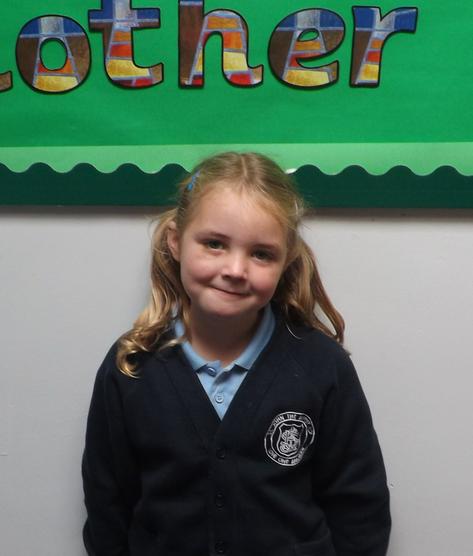 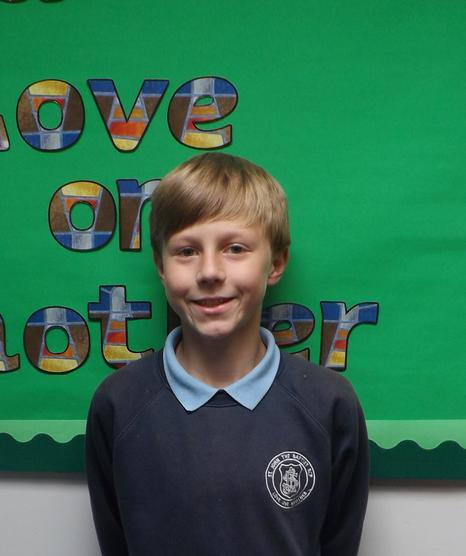 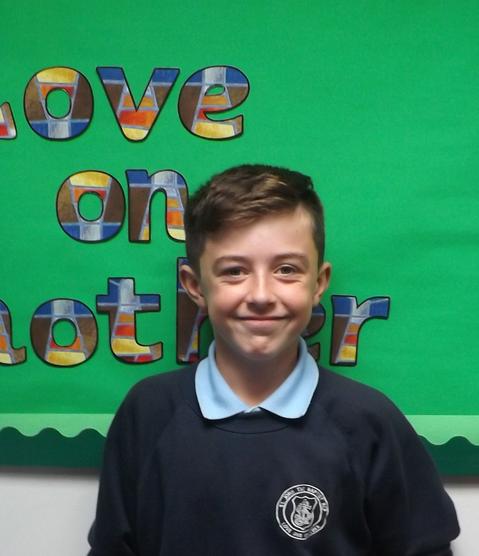 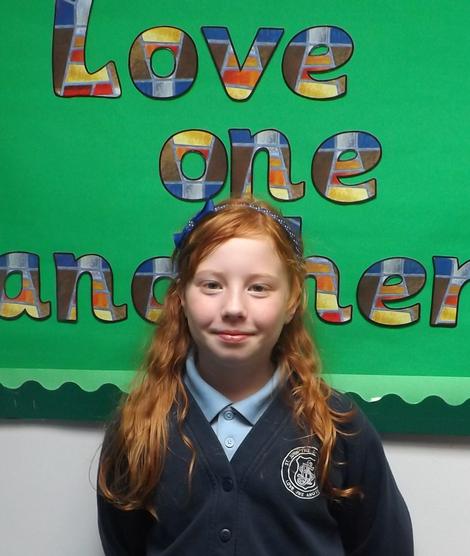 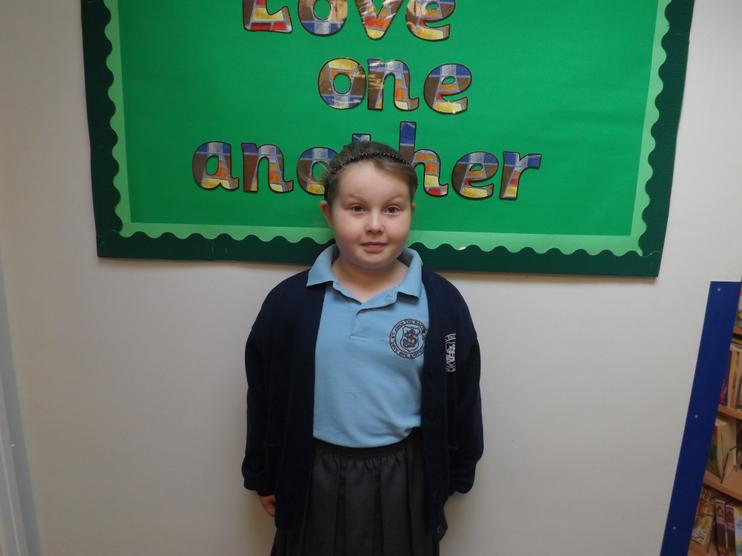 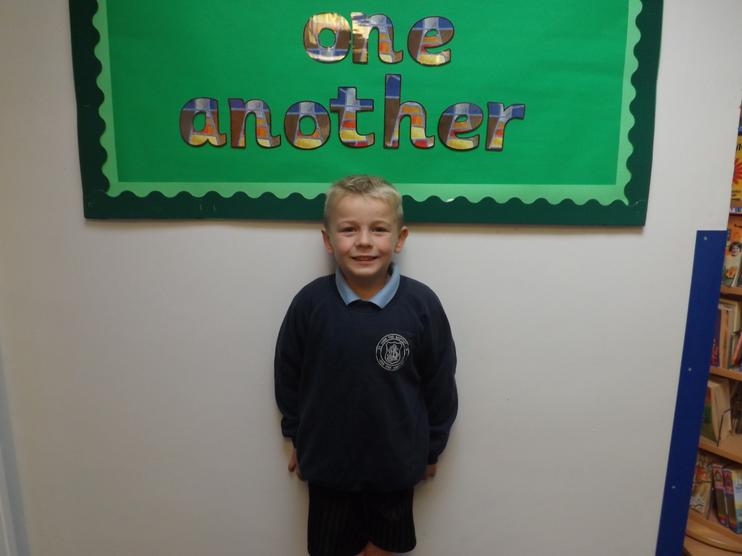 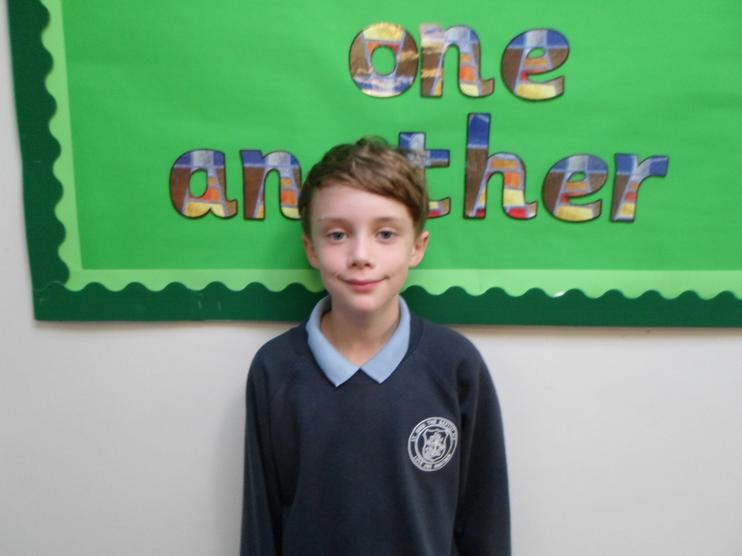 The School Councillors have been busy making sure that their classes have both a Worry Box and a Suggestion Box.

A Worry Box allows any child to express their concerns confidentially and their class teacher will open the box. The class teacher will then decide upon suitable action to take. This helps to ensure that the social and emotional needs of our children are met.

A Suggestion Box allows any child to put forward suitable ideas. The School Council will open the box and discuss suggestions during meetings. This helps to ensure that every child within the school has an active part to play in the daily life of the school.

SPECIAL ROLE FOR THE SCHOOL COUNCILLORS

During Visitors Week the School Councillors were certainly kept busy .Year 5 and Year 6 Councillors had the special responsibility of interviewing the Olympian Grant Turner whilst Helen Wakefield the 2BR  presenter was interviewed by Year 3 and Year 4 Councillors during a special assembly.

They were given special responsibilities such as greeting a range of prestigious visitors including the Burnley M.P. Mr Gordon Birtwistle , Burnley footballers Tom Heaton and  Ashley Barnes.

They certainly represented their school with pride and provided a true St .John's welcome to our special visitors.

A special request for playground equipment.

During a recent meeting  (February 2015)  the Councillors expressed their concerns on behalf of their peers about the lack of playtime equipment. As a Council they decided to write to the P.T.A. and some private organisations to request funding. They wanted to make playtimes more active and enjoyable.

Further details on the outcome of their requests will be made available when known.