Menu
The school is currently open for vulnerable children and children of key workers. Our School Nursery is fully open and school will be open for all pupils from Monday 8th March.
E Contact Details A
J Noticeboard A

Well, what a fortnight I've had. Sorry I've been a bit quiet but I've been rather busy.  Over half term, I helped Mrs Carlile pack her house up into boxes as she had sold her house.  Bertie the dog got himself into trouble a few times and even ended up being bubble wrapped at one point! Mrs Carlile nearly packed me in a box but then realised I might be in storage for a while so she rescued me! It was all a bit hectic.  Mrs Carlile doesn't always have access to the internet at the moment so I was struggling to write my diary.    I had a traumatic journey back to school as my T.A.R.D.I.S. toppled over and nearly squashed me! Mrs Carlile found me hiding in my lid trying to escape. I think I was rather glad to get back to school to see the children's happy faces...so was Mrs Carlile!

Guess what?  You'll never guess.  I have been a midwife again this weekend!  No, Fidget hasn't had any more babies.  We have suddenly gained about 10 baby water snails in Fidget's tank!  There must have been some eggs on the plants that Mrs Carlile bought from the shop and they have hatched this weekend!  How funny is that?  I am an Uncle!  Uncle Stanley.  Ten baby nieces and nephews.  I am so excited.  Unfortunately though, they keep getting sucked up the filter but it spits them out again!  They have great fun.  It is like being at the fun fair!

Mrs Carlile went to the pet shop intending to get a plant for the water snails to live in.   The pet shop tried to sell her an Assassin Snail!  She was in shock!  An assassin snail would eat all the baby snails!!!  Mrs Carlile explained that she thought they had misunderstood her...when she said she wanted something for the baby snails that had hatched, what she really wanted was a plant!  Not a killer snail!  That would really give Mrs McKeating something to talk about...a real killer snail in Year 2!  The pet shop called the snails pests!  Can you believe that?  Mrs Carlile called them cute.  She won.  Snails are very cute.  In fact, they are the cutest animals on the planet.  Thankfully, the baby snails are now enjoying their new plant and not trying to hide away from an assassin!  Phew!

I was really funny today.  I hid in my tank, like I usually do, but this time I hid on the side of the tank behind my very special headteacher award badge.  I was blending in with the bluetac on the other side of the tank.  I'm such a funny snail.  Take a look at the photos Mrs Carlile took of me.  I was actually hiding so that I could see what was happening when all the parents came to talk to Mrs Carlile about the progress their child is making.  I could have told them all the answer to that.  They are all doing fantastically well and Mrs Carlile (and myself of course) are extremely proud of each and everyone of them.  Congratulations Year 2. 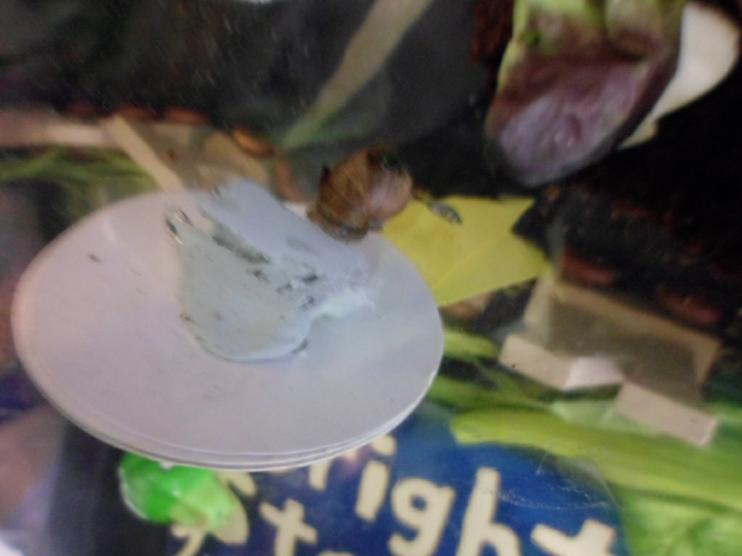 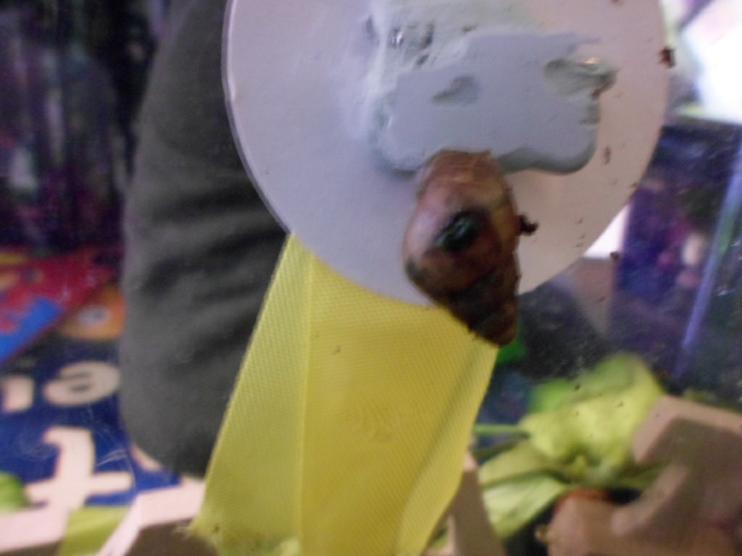 What a funny day I've had today.  I haven't laughed as much in such a long time.  I have been in Mrs McKeating's office all day as a reward for being an excellent snail at St. John's school and we have had a tea party.  Then Mrs McKeating told me why I was really there.  I believe that she had really snailnapped me and my friends in Year 2 had been sent a ransom note to explain what had happened.  I hope they weren't too distressed when they discovered that I had disappeared!  Year 2 spent most of the day looking for clues and learnt lots of new ICT skills creating 'Missing' posters for me!  They must really love me. I missed all my friends in Year 2 but it did make a lovely change spending the day with Mrs McKeating.  I even had my own cup and saucer at the tea party.  Take a look at the photos to see how sad my friends were this morning.

Some of the photos Mrs Keating took whilst I was in her office having a tea party.

Some year 2 children went to visit Year 6 to see the Science work they were doing to try and discover who had snailnapped me.  After looking at the photos and listening to what they had to say, I was very impressed.

Mrs McKeating returned me to Year 2.  I was very glad to see my friends again, even though I had a super time.  Plus the clever science which Year 6 produced.

BACK WHERE I BELONG

A link to the top of my page which had all the breaking news on about my disappearance.  I'm surprised that the newspapers and radio didn't get hold of this story!
Take a look at the posters that my friends made when they found out I had been kidnapped.

What a hilarious way to end the term...snail racing!

Ruby brought in two of her wind-up racing snails to try and beat Turbo! Did she succeed? Watch the videos to find out.