Mrs Carlile had a lovely surprise this morning at 'silly o'clock' when she was driving to school.  She had a passenger attached to her side window all the way on her journey.  Yes, Graham the Garden Snail is a super snail.  He clung on for dear life for 14 miles, with his tentacles waving wildly in the wind, whilst waving at all the other cars!  He was simply amazing.  Mrs Carlile was so impressed that she has put him in a little tank to bring in to school to show her class and to show Reception.

This is Graham meeting the children in Year 2.

After Graham had spent the morning hiding from us all in the lid of his tank, we decided that it would be kinder to put him safely back outside in his natural habitat.  As the grass was being cut on the Fenny Fold, we decided to release him into the secret garden where he would be safe to go and find a new home without getting trampled on.  He was very lively once he was released and loved the secret garden.  We hope Graham will be very happy there.

I've just heard that I have to be on my best behaviour tomorrow!  The police are coming to talk to my friends in Year 2 and Year 3.  Not the snail police, but the real police!  I hope they don't arrest me for driving the T.A.R.D.I.S. without a licence!  Oh dear, I might have to hide instead.
FEAR NOT!  I SHALL NOT BE ARRESTED TOMORROW.  Mrs Carlile has found my T.A.R.D.I.S. driving licence.  Phew!  I knew I had one somewhere. 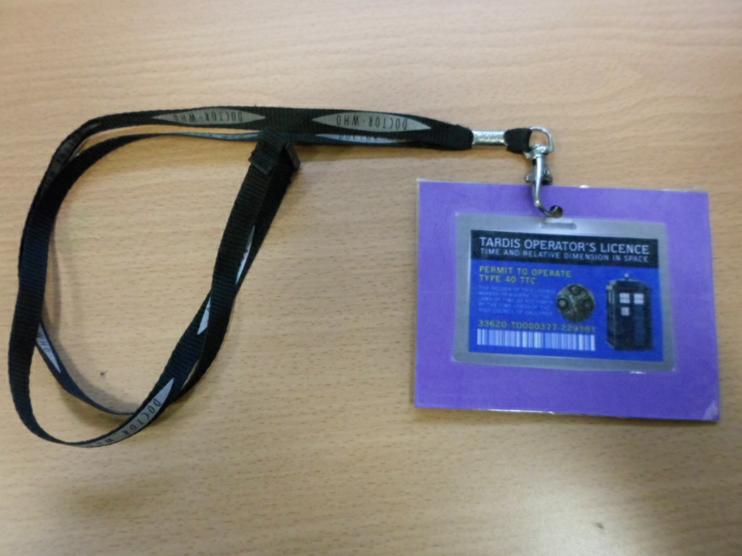 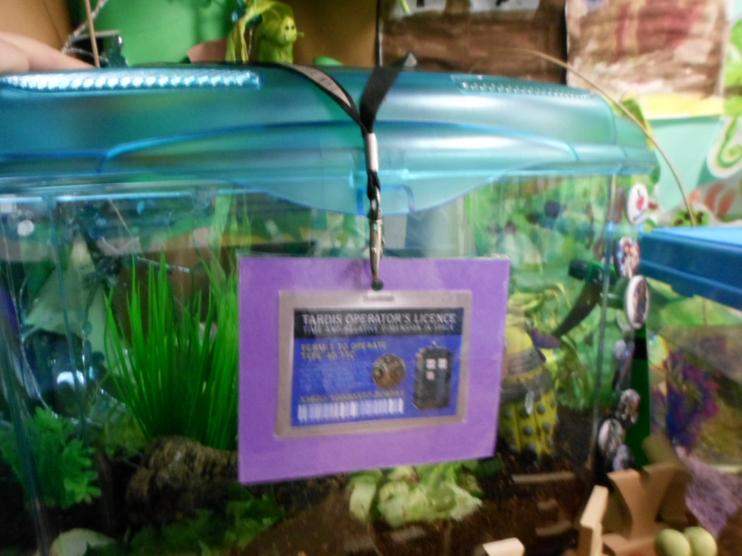 The police were lovely this morning.  I didn't need to show my driving licence after all but I shall make sure I carry it with me at all times...just in case!  Take a look on the 'COMMUNITY' page in the gallery to see all the pictures from this morning.  However, here's one that made me laugh.  Can you see who they locked up in the back of the police van?  Yes, that's right, The Doctor!

As if this morning wasn't exciting enough with the police visiting...Mrs Carlile told me there was going to be a surprise for me in the hall this afternoon.  She got me out of my big tank, polished my shell until it shone and put me safely in my little tank and then hid me inside a carrier bag!  Obviously, she made sure that I could breathe!  Then she carried me into the hall.

Year 5 were doing a wonderful assembly all about inspirational people...and then they announced the St. John's honours list.  Guess who had to go up to receive a very special prize at the end?  Yes, ME! Mrs Carlile had to carry me to the front to receive not one, but two very special badges.  Mrs Carlile and I did our best curtseys but we were too excited as it was the Queen and Prince Phillip who were presenting me with my award.  Can you believe it!

My badges are now stuck proudly on my tank and after I have had my tea, I am going to go on a journey for the bank holiday weekend.  I hope you all have a fabulous time.  My badges say  'EXTRAORDINARY PERSON AWARD'.  How cool is that!

The day is not over yet and I still have more news for you all.  The kind man from Target Who, David Dovey, has sent Mrs Carlile an email.  Well, it was meant for me really but Mrs Carlile gave him her email address instead of my stanleythesnail@hotmail.co.uk  Honestly!

Anyway, he told us all about his 4 Giant African Land Snails and he has had them all out of the tank for a photoshoot!  They have really cool names, named after comics from the 1960s-2000s.  They are called Cracker, Buster, Whizzer and Chips!  Great snail names.  Poor Cracker had an accident when he was little and he ended up flying up in the air, hitting a wall and falling down the back of a bookcase.  It was a bit traumatic trying to get him out and when they finally got him, his shell had cracked.  Hence the name Cracker.  Thankfully, Cracker is fine and grew up to be big and strong, even though the crack in his shell remained.

The Dovey family also have a hamster called Sparcle and have just beome the proud owners of two guinea-pigs called Biscuit and Cookie. Thank you for the photos and emails as we know you are very busy.  There is a parcel on its way to the Dovey family with lots of letters and pictures, and a very special parcel inside for the 'Dovey Snails' from Stanley and the children in Year 2. We hope they like it!

Wednesday 7th May 2014. Look how big Joliver, Oliver's snail is getting now. He is definitely bigger than me! 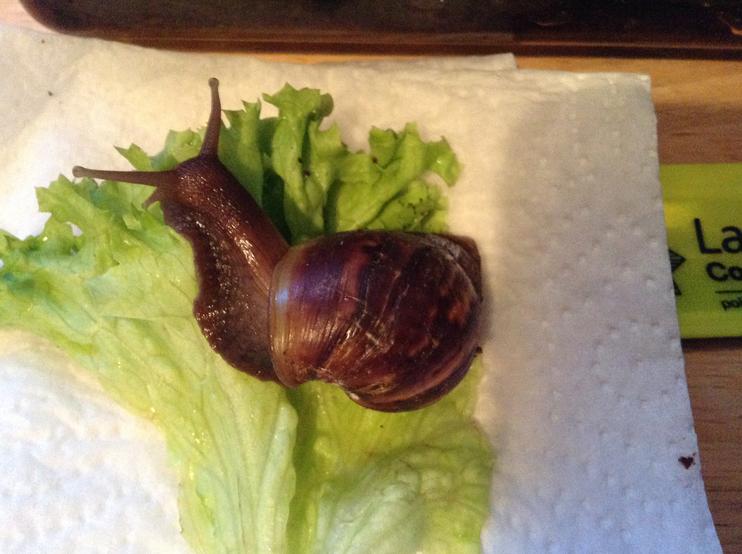 and then...I received another email.  This one has made me do somersaults in my tank.  The latest TARGET WHO blog is all about me!  I can't wait to look on TARGET WHO'S website to see what has been written about me!  Unfortunately, due to our website security, all blogs are blocked from our view...however, Mrs Carlile has a plan.  When she goes home, she is going to get the blog up on her Ipad, photograph every page and then using our apple TV in class.  Then she can show me and the children the blog on our big screen in class.  David has also scanned in the pictures the children created on the computers and added those to an album on their website!  He thinks my friends in Year 2 are talented.  It's nice when other people notice how fantastic they are.  Well done my friends in Year 2 and thank you again to David and the Dovey snails who must be really good at typing, like me.

Also,  a big snail hello to the other members of the TARGET WHO team.  Apparently they have also been reading my diary.  EEEEK.  I hope I haven't made any typing errors!  I hope they like reading about my adventures.  Don't forget to check out my 2013 diary where the adventures of Stanley the Snail began in September.

Oh my.  I think I've gone viral! People will be knocking at my door next asking for a signed photo!  It appears that I might actually be a little bit famous!  If you get the chance, take a look at the TARGET WHO website.  I will put a link on here later to it as I need Mrs Carlile, my agent, to do it for me from her house as it won't let me do it in school.  There have been some amazing things written about me and my friends in Year 2.  I can't wait to tell them this morning when they come in.  Here are the pictures that we sent to David at Target Who. 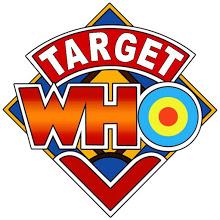 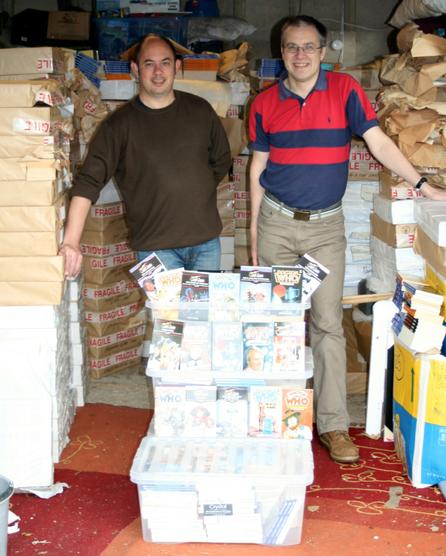 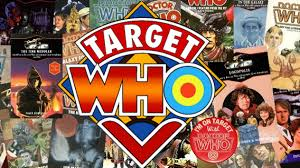 After our wonderful class trip to Tesco on Wednesday, Mrs Carlile shared with me some of the photos showing the mischief that The Doctor and Mr Snail got up to in the store!  I wish I could have gone with them but I would probably have eaten all the fruit and veg aisle!  All the photos (all 400 of them!) taken from the day can be seen on the main page, under the community link in the gallery.

Turbo and Small decided to go on an adventure and try to escape in the year 2 classroom!

Look how far Small can stretch! 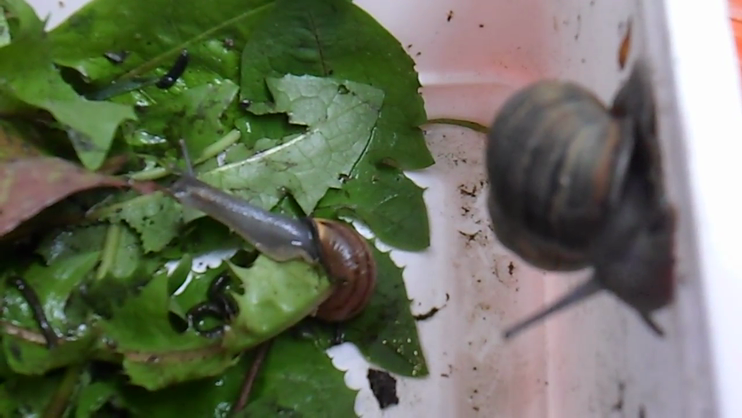 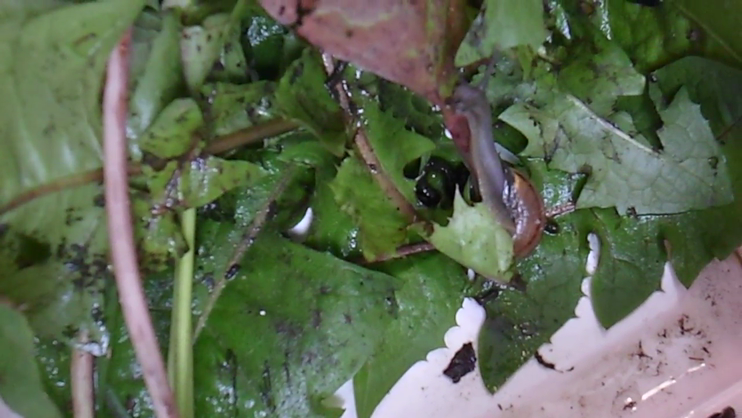 My friends in Year 2 make me giggle.  They are always collecting garden snails and bringing them in to school to meet everyone.  Poppy brought 3 in called Wobbly, Tiny and Lazy and Edward brought one in called Danny after Danny Ings.  Great names.

Oh my.  Guess who came to see me today? Siobhan and Sabrina from Tesco in Padiham.  Mrs Carlile told me they came to see me as I couldn't go with them on the trip when my class went to visit.  They brought me lots of juicy fruits such as water melon (my new favourite), blackberries, blueberries, dried apple and boxes of sultanas and raisins for the children.  Check me out eating some of my 7 a day!  Thank you Tesco for coming to see me.  I hope to see you again really soon.

(By the way, Mr. Carlile was too camera shy to have his photo taken with the letters so he gave them Bertie to read and Bertie always loves to pose for a photo!)

Check out my scratch and sniff sticker! Kayleigh chose it for me. It smells of apple,  Mrs McKeating came to give all the children in year 2 a special sticker after all the hard work they put into making their fruit and vegetable creatures!  Click on the link to see all the photos.

Look at me, all ready for holidays with Mr and Mrs Carlile and Bertie.  I don't know where we are going...I don't think they know where they are going to be honest!  I'm in my small tank already to go.  Because I have to travel light, I have only packed my water spray and I can eat all of Mr Carlile's salad that he has with his BBQs.  Yummy!  I will try and post some pictures whilst I'm on my first ever holiday but I don't know if I will have any wi-fi!  Anyway, I hope you all have a great holiday and I will see you all in a week!