Menu
School is closed for the Easter Holidays from Friday 2nd April. Have a wonderful Easter break! We re-open on Monday 19th April. Parents/Carers please wear a mask when on school premisies. Thank you.
E Contact Details A
J Noticeboard A

We have received a letter all the way from the Antarctic!  A very kind lady called Theresa who is a Dive Officer in Rothera has written to the children answering all their questions.  We also received an email from her which had a photo of Theresa holding the letters from the children.

THANK YOU FOR YOUR LETTER 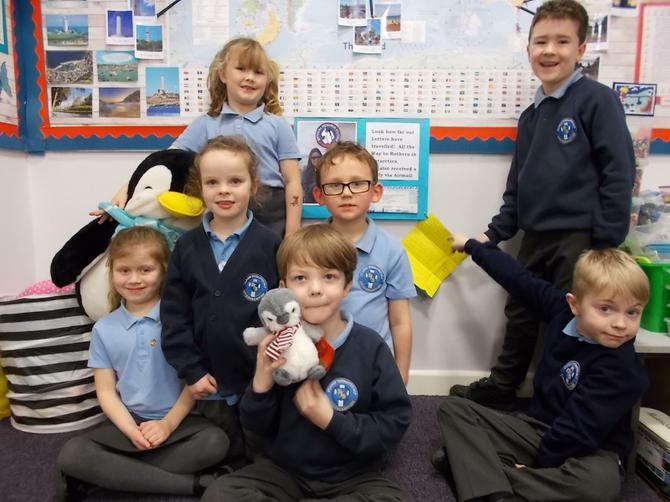 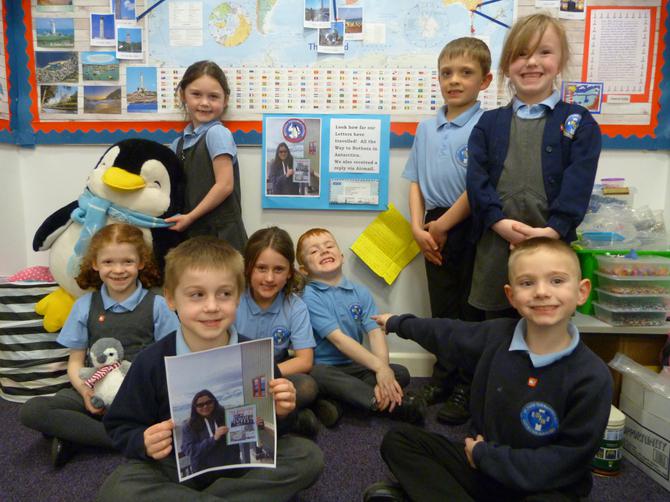 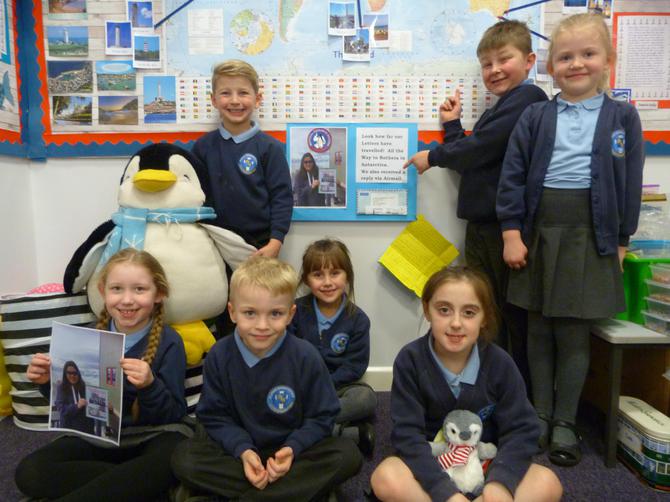 We have received a reply from the British Antarctic Survey after they received our letters.  We are really excited to find out that one of our books of letters has actually been sent to Rothera!  They very kindly sent us an information pack and all the children a bookmark.

We have managed to fit a whole continent in a box!

The children have been using reasoning to help them understand and explain some division problems.  They needed to build penguin enclosures (squares) using matchsticks.

Our Class Assembly - all dressed as Penguins - with unexpected visitors from the BBC! Annabel Tiffin from North West Tonight came to present Mrs Carlile with A NWT Christmas Star Award!

The shortened video from the BBC 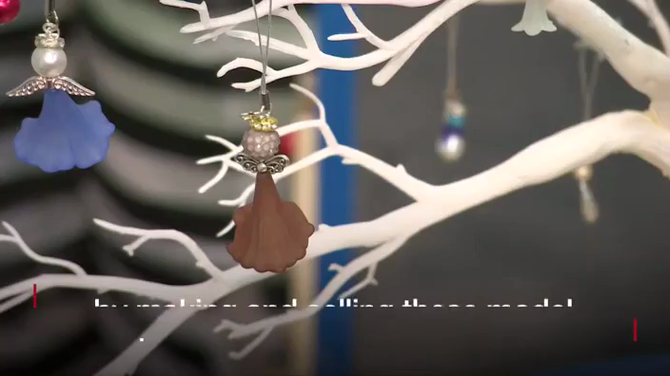 The children have been inspired to create some digital art of some of the videos and images that Mrs Carlile has been sent of the Antarctic.  These were sent by Lee Thomas who was working in the Norwegian Research Station in Troll in the Antarctic.  Lee has taken some amazing photos using his drone.

Lee stood on top of a huge mound of rocks in the Antarctic.

The children designed Lee on top of the mound of rocks in the Antarctic. Mrs Carlile was impressed with their use of different tools to create texture and depth to the picture.

Year 2 are making an Antarctic scene in a box.  The first layer is complete!
1 9 6 7 2 4 Visitors
Top
Cookie information
Cookie Notice