Herbie goes camping on the Fenny

Don't panic if you see a triceratops roaming around Padiham tonight.  Herbie has gone for his first camping trip to see if he likes sleeping underneath the stars.  However, before he setled down for the night in his sleeping bag, he was seen buying supplies in Tesco.

Herbie loved having a ride in the cars outside Tesco. He thinks he is a fantastic driver.

Herbie is loving all these cuddles from Rosie.

Look who else he met in Tesco.

Herbie, don’t eat anything unless you are going to pay for it!

Herbie doesn’t eat fish but he liked the lemons and limes.

Herbie was really pleased to find the book shelves in Tesco. He loves to read.

Herbie decided to go to the dance group with some of the children from our school. He had a really good time.

Here’s Herbie all snuggled up in his sleeping bag inside his tent. Mrs Carlile was a bit worried that Herbie was a bit young too be left but then remembered that he is 65,000,000 years old.

It’s getting dark out there now! 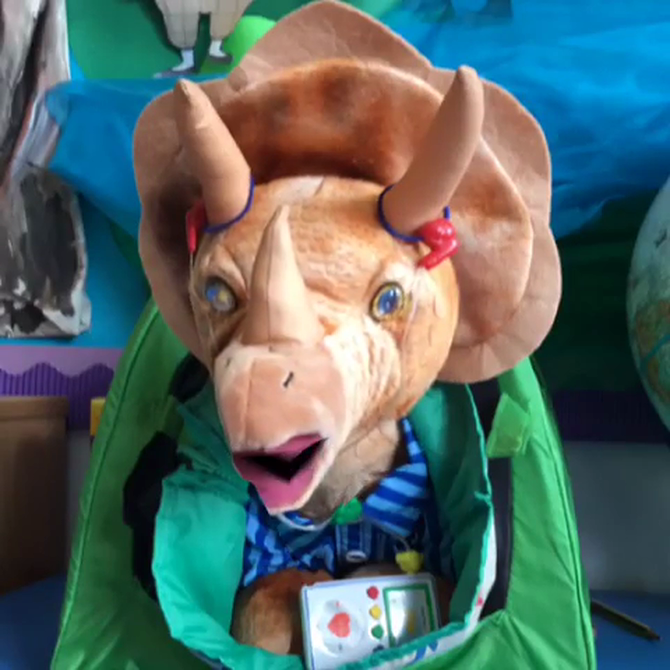 All tucked up. Night night.

Herbie’s snoring could be heard for miles! 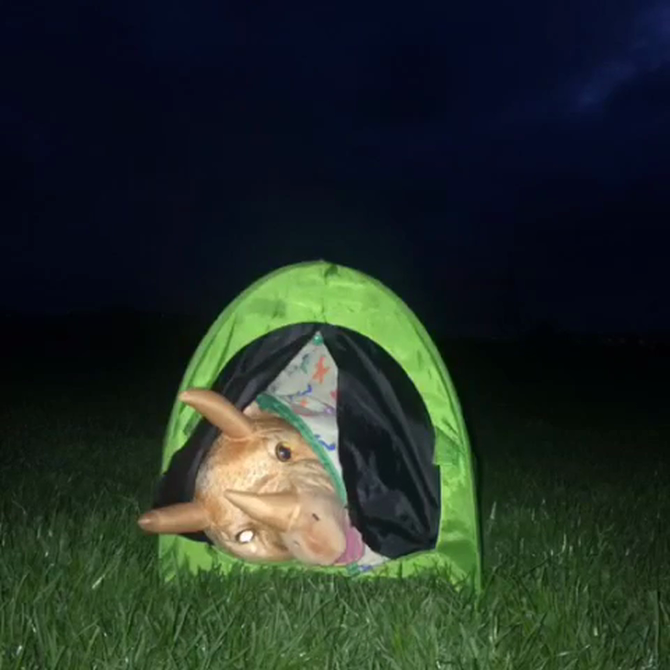 Herbie was up early this morning after a good nights sleep. He had his breakfast at Miss McBreen’s house.